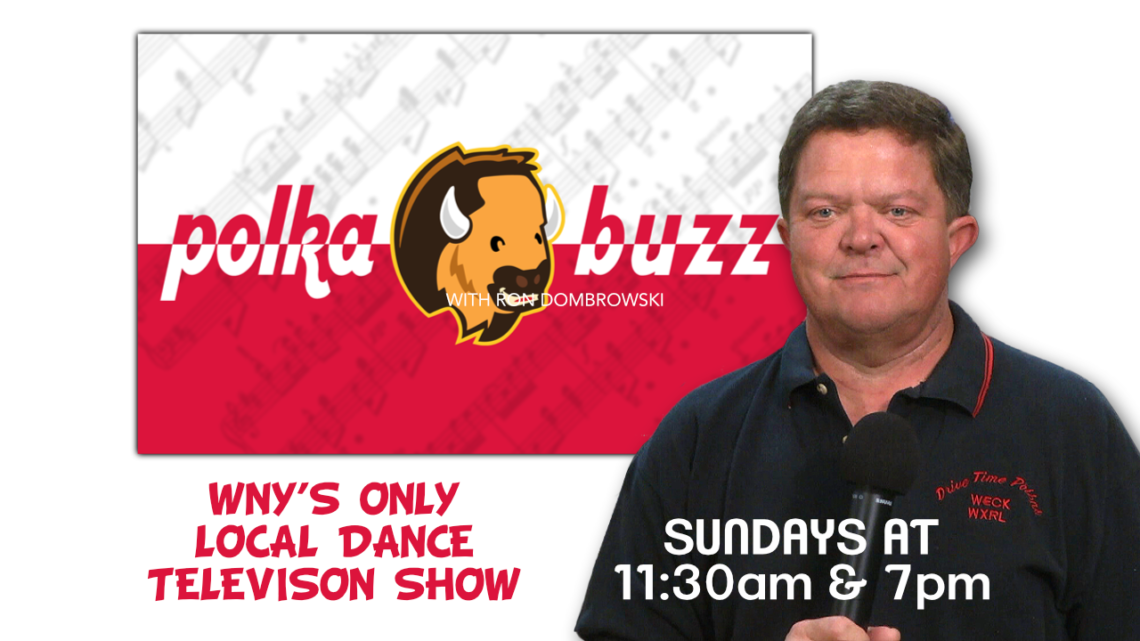 Personality Ron Dombrowski, host of “Drive Time Polkas” (Mon-Sat 5-7p.m. on WXRL 1300AM & 8-11a.m. Sunday on WECK 1230AM & 102.9FM), is bringing his unique style and knowledge of Polka music to the television screen. Dombrowski has been broadcasting polka programs since 1979 on both radio and television.

The Polka is a Central European dance and genre of music that became familiar throughout Europe, originating in 19th century Bohemia. The name means “Polish Lady.” The music was introduced to America in 1844, and enjoyed a resurgence in popularity after World War II when Polish refugees moved to the Americas. Many Polish people settled in Buffalo, and the surrounding communities. Western New York holds a top 5 ranking for Polish Americans in the United States. However, Polka music is enjoyed by people of all ages and ethnicities.

“Polka Buzz” will celebrate this genre of music as a recorded dance party program, featuring the top Polka Bands in the country. Program tapings from Pott’s Banquet Hall in Cheektowaga are currently on hiatus.

Polka music stirs the spirit in a positive way. It brings people together to dance, and share a rich cultural experience. I am proud to help bring people together with this exciting show!

Information about the bands, and television tapings, will be posted to www.wbbz.tv and our Facebook and Twitter page.