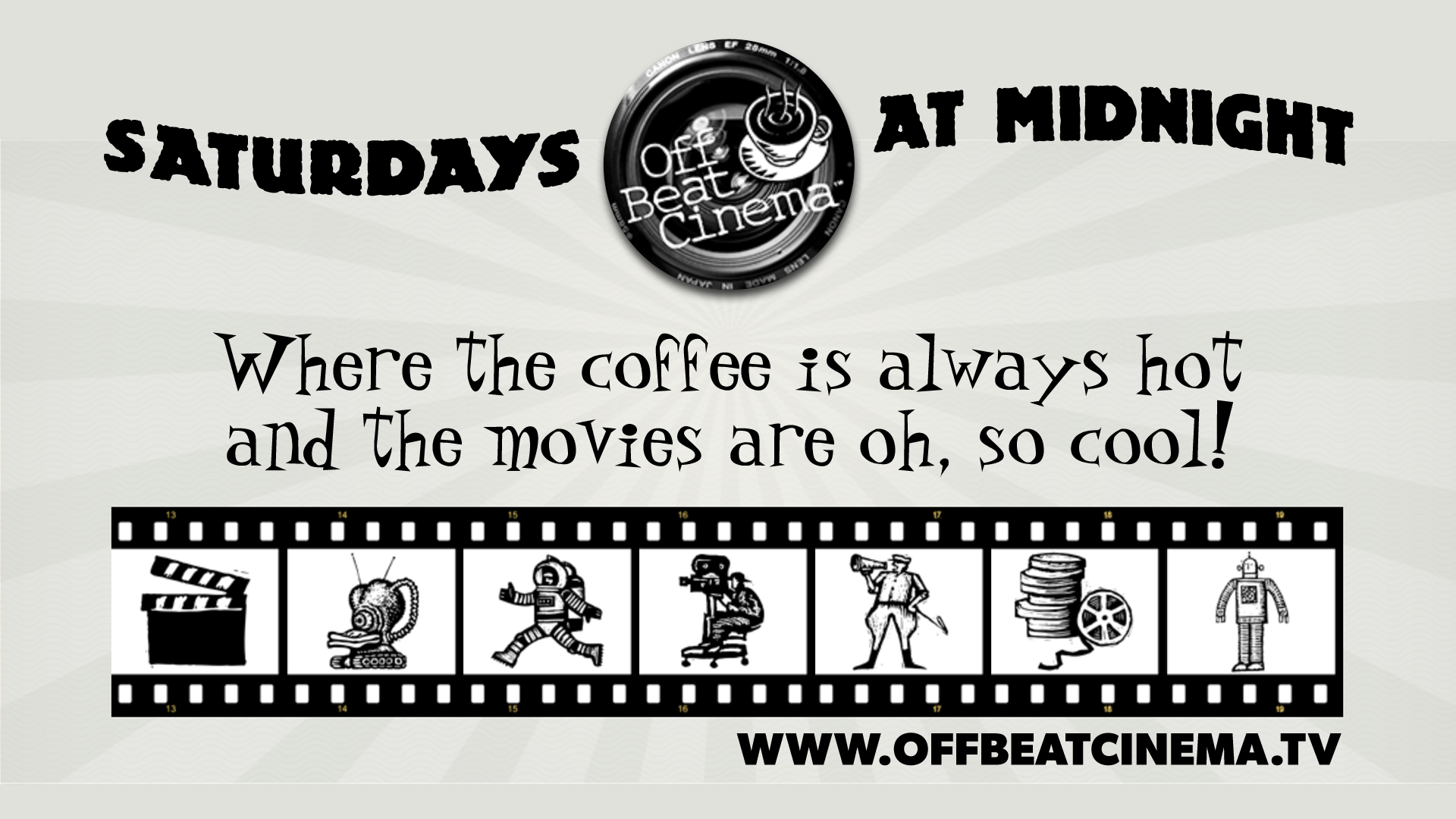 The coffee is always hot, and the movies oh so cool, every Saturday night at Midnight on WBBZ-TV!

Off Beat Cinema was created as a reaction to the insidious spread of infomercials and the yawning void of late night television. There are lots of late night TV viewers out there just waiting to be entertained, and that’s where Off Beat Cinema comes in! Located “somewhere” in downtown Buffalo, New York is the Hungry Ear Coffee House, the fictional home of Off Beat Cinema.

The Hungry Ear is a beatnik coffee house right out of the late 1950’s, and it’s a mad pad, dad!

In each episode of Off Beat Cinema, beatnik hosts Zelda, Bird, and Theo are joined by whacked out friends and top national music acts as they guzzle espresso and show the finest in cult movies. With movie information and introductions from the beatnik hosts, viewers are led through espresso expressionism, café au lait creature features, and java jarring thrillers.

The crazy cats on Off Beat Cinema guarantee that the coffee is always hot, and the movies are oh, so cool! On the air, and online at www.offbeatcinema.tv.

A two-hour hosted movie show, “Off Beat Cinema” has been on the air since 1993 in Buffalo, New York.  The program began on a local affiliate before moving to flagship station WBBZ-TV in August of 2012.  In addition to airing at midnight on Your Hometown Television Station, “Off Beat Cinema” is nationally syndicated on the Retro Television Network, WBGT-TV in Rochester, NY; and WJKP-TV in Corning, NY.

“Off Beat Cinema” is hosted by Constance Caldwell as “Zelda;” Anthony Billoni as “Bird” the Painter; Jeffrey Roberts as “Theo” the philosopher.